Departing from South Africa on 09 September 2007, the tour flies via Hong Kong to Beijing where three days will be spent exploring the nation’s spiritual heart. Highlights include the Forbidden City, The Great Wall, the Ming Tombs, Temple of Heaven and the Summer Palace.

Moving on to the ancient city of Xi’An, the cradle of Chinese civilization, the group will experience the thrill and awe of seeing the individually sculpted faces of thousands of life-sized terracotta warriors. This army, buried with the first emperor for two millennia, including numerous horses and chariots, was accidentally discovered by farmers in 1974.

From Xi’An the tour proceeds to Chengdu, famous for its fine temple architecture, teahouse atmosphere and giant pandas. A visit to the Wulong Gorge is included for a visit to the Research Centre where 16 panda babies were born to these highly endangered creatures last year. Also included is a visit to the Duyiangyan Irrigation System which was built over 2200 years ago and is an absolute masterpiece of ecological engineering.

A short flight takes the group to the beautiful mountain city of Chongqing on the Yangtze River. Here junks criss-cross the harbour, old houses rest precariously on stilts and an array of beautiful parks in a captive, rocky promontory setting overlooking the Yangtze and Jialing Rivers complete the picture. It is from here that the 3 night Yangtze river cruise departs. The spectacular scenery with its history deeply rooted in cultural beginnings will awaken the romantic and the adventure in one. Cruising the waters of the Yangtze, the magnificent Three Gorges (Qutang, Wu and Xiling) with their cliffs forested in pine, soar upward and disappear in swirling mists. Sheer walls of stone showing patterns graphically marking the passage of billions of years, panoramic views of cities that have recently been built on the tops of hills to accommodate residents of villages, that now lie below the water levels, green terraced fields, untouched wilderness, bustling old China river ports and a multitude of ancient monuments along the shorelines, as well as a sampling of China’s water vehicles from old sampans and junks to cruising steamers, all present one with a fantastic look at old China evolving today. The scenery changes with every bend in the river!

The mighty Three Gorges Dam, soon to stretch upstream for 600 kilometers by 2009, is rapidly changing the face of this major waterway. 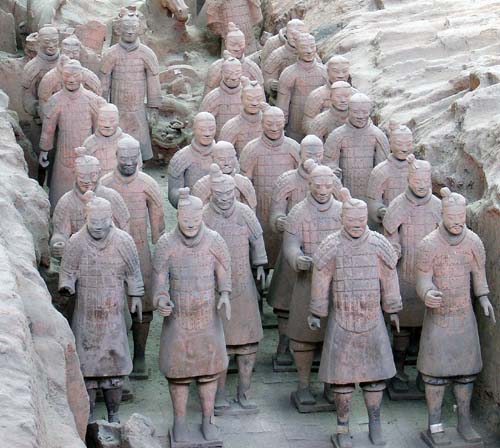 The cruise terminates in Yiching and the tour continues to Shanghai, China’s most cosmopolitan city where four days will be spent exploring this vibrant metropolis, known as “Venice of the Orient”. There will be an excursion to Suzhou, famed for its silk production and amazing gardens.

Finally, a trip on the maglev train from Pudong in central Shanghai to the airport is a fantastic experience. The 37km ride takes 7 minutes reaching speeds of up to 430kms per hour.

From Shanghai its back to Hong Kong on 24 September for our return flight to arrive back in South Africa on 25 September.